As mentioned here, June will be the month where I try out Montreal’s Vegan restaurant (or at least a few). The first one I tried with the beautiful Éclectique Blasée is Invitation V on Bernard Street in the heart of the Mile End neighbourhood.

The first thing I have to say is ‘How Cute!’ This restaurant has a very nice and cozy decor. The open windows also gives it a terrasse feel without having to eat in the street.

We came in without reservations and were given a table immediately. However, I suggest you do reserve as you will get a banquette spot, which is always better!

As I was waiting for my friend to come (which was not so long considering the fact that she almost got lost… 🙂 ), I ordered the Santé smoothies which is a mix of coco water, orange, pomegrenate, lemon, lime, and agave syrup. Although good, I feel like the 7$ tag was a steal considering the ingredients and process.

We started with some entrées. My friend took the roasted mushroom ballotine, and I took the ‘Lightly fried golden artichoke served on a bed of refreshing fennel’. Sounds fancy right? Well it tasted good too! I tried the mushrooms and was surprised by their creaminess. My entree was also very flavourful. The fresh fennel really contrasted with the texture of the fried artichoke. I think the entree is the thing I preferred from our entire meal. The presentation was great, we did not wait too long and the mix

of textures and flavours was great.

For the main courses! As dedicated foodies, we had, of course, chosen our meal ahead of time. My friend took the ‘New-Orleans crab less cake served with Cajun rice and basilica sauce’ which was really nice! After further investigation, our waitress told us the patties were made with cabbage and chick peas… I’ll have to test it out! The rice was a bit sticky and very flavourful. The green sauce really gave this plate a nice look and the presentation was excellent. The quantity of food was more than enough too. The only complaint my friend made about this was that, like many vegetarian and vegan restaurants, the amount of salt was a bit overwhelming. We did end up drinking a lot of water as we ate. This is too bad though because I feel like the recipes and ingredients could have shined more with less salt.

I took the ‘Signature organic Hot Pot tray featuring our homemade broth and tofu, tasty organic vegetables served with creamy coconut Tamale topped with our exotic peanut sauce wrapped in a banana leaf ‘ (I feel like finding a shorter name for this one could be a good idea…) I really wanted to try this because I usually really like hot pots: they are so much fun to

eat. I was not disappointed by the presentation of this one. I did feel like I was camping, which was really nice. I took the miso broth which was really tasty. In it was a mix of vegetables (asparagus, white carrots, oyster mushrooms, green onions) and silky tofu. I really enjoyed the tofu: it was really tasty and felt wholesome, if that makes any sense.  The best part about this dish was by far the Tamale. The combination of the

coconut sticky rice with the peanuts and the fried onions on top was just to die for. I really enjoyed this. The tamale also made the whole hot pot stand out, as the broth part was pretty simple. Overall I really enjoyed this dish, but like my friend, I have to say that the amount of miso/salt in the broth was really overwhelming. I ended up drinking the entire night and woke up parched. This is a shame because the presentation of this is great!

Overall, I enjoyed my meal at Invitation V. The waitress were nice and answered our questions, but they were not open about some things like the fact that the sparkling water that was suggested at the beginning costed 3$, or that changing the broth from miso to curry (which was suggested) costed 1$ more. Make sure you do ask if unsure…

The prices were quite steep, so I would consider going back here for special occasions. Nonetheless, as everything is vegan and many options (our complete meal) was gluten-free, this is a great spot to keep in mind! 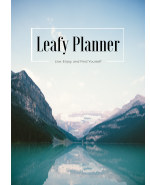