As we were downtown, we decided to go try out Copper Branch. We didn’t know anything about it and so, we came in with an open mind. The first thing that surprised us was that it is actually an ordering counter that could fit in any food court, and not a “restaurant”.

We were however awed by the number of choices that the menu proposed. I was also happy to see that any bread could be replaced with a gluten-free option.

My boyfriend went for the Mushroom Galaxy burger on the kamut bun. It was indeed packed with a lot of sauteed button mushrooms as well as one portobello steak. 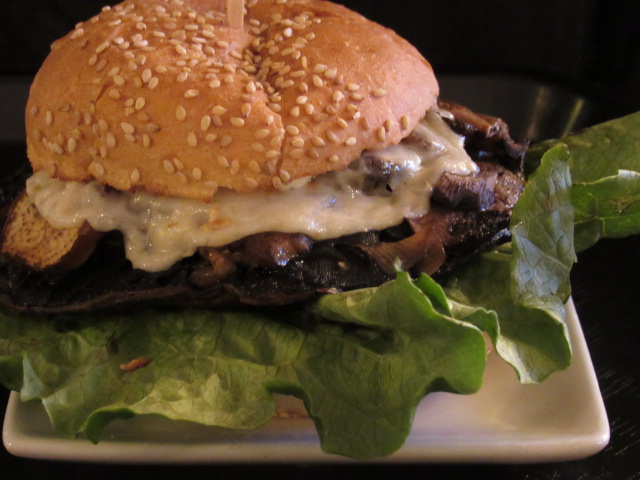 I decided to go with the Shiitake Teriyaki sandwich on a gluten-free bun. Wrong choice: I was really disappointed to see that it was not in fact shiitake mushrooms but seitan. It was a little counter productive to take seitan in a gluten-free bun, and I was not happy that the menu did not announce this. Beside the seitan, there was alfalfa sprouts, tomato and lettuce. The bun was very tender and had a great texture. (After contacting Copper Branch to see if it was really seitan, it turns out that it was soy protein mixed with shiitake mushrooms. Better than seitan, but I wish the menu would indicate this.)

Overall, I was happy to try Copper Branch out, but I don’t think I’ll go back any time soon. Besides the burgers and sandwiches, they also have bowls with various vegetables and proteins. Another point that was a down for us was the prices. Our sandwiches were almost 10$ each, but I don’t feel it was worth it. So, if I were to go to a mall and stumble upon a Copper Branch, I would probably eat there, but I wouldn’t make the trip especially for it.