Sunday, after attending the Ottawa Veg Fest, we went to eat at Pure Kitchen. Apparently, this restaurant was launched by the Pure Yoga studios’ team. Their vegetarian menu includes many delicious vegan options, juices and smoothies. I really enjoyed their neutral decor: done all in black and white except for a very colorful wall, the space gives out a fresh and, well, pure impression. 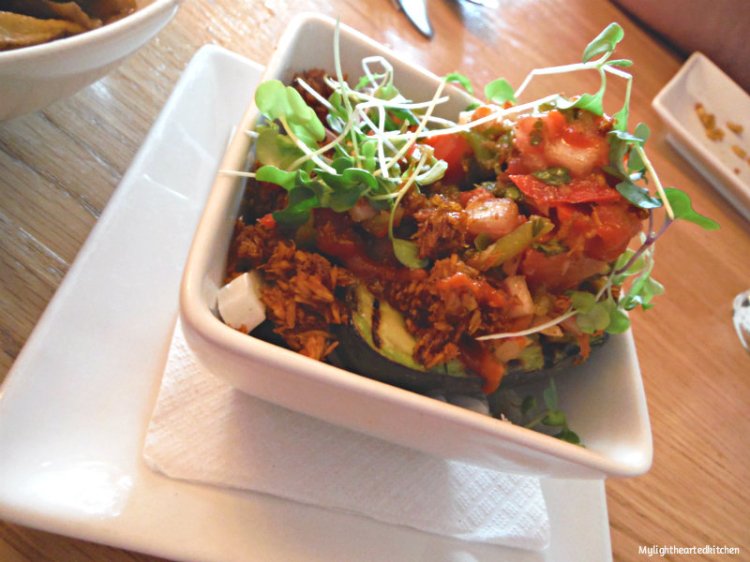 We started out with their Lavish, their loaded avocado. The avocado half is grilled and filled with pico de gallo (salsa), sprouts and coconut bacon bits. It was very cute and super tasty! It was also very fresh and spicy. The mix of texture was also quite fun: crunchy coconut bacon, creamy avocado and soft tomatoes. And because we wanted to keep things light, we ordered the starter poutine. Yeah, that’s an oxymoron. 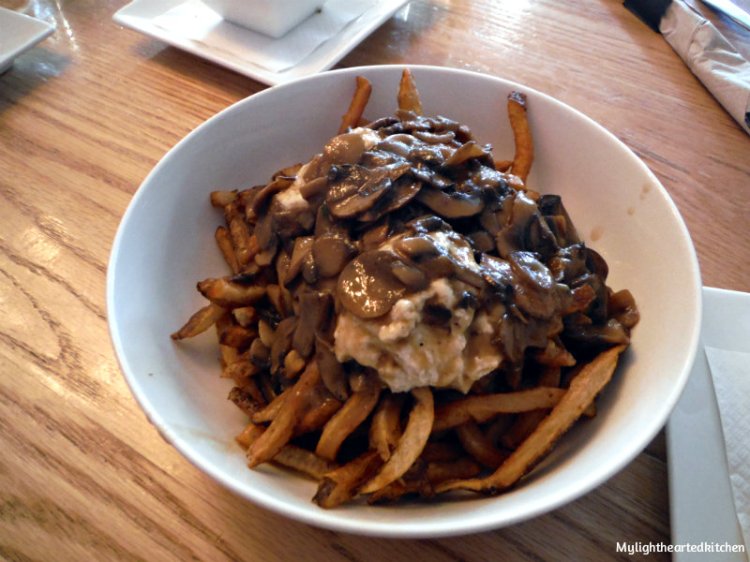 Fries, cashew cheese, bell mushrooms and gravy. Yup, that’s intense! Even though this was good, I didn’t feel like it was particularly exceptional: the fries were soft and the gravy quite salty. However, their cashew cheese was really good. It had little to do with the traditional squeaky poutine cheese, but it added a nice flavour to the mix. Even though we split this up in three parts, I must admit I was full at this point. But it didn’t end here… 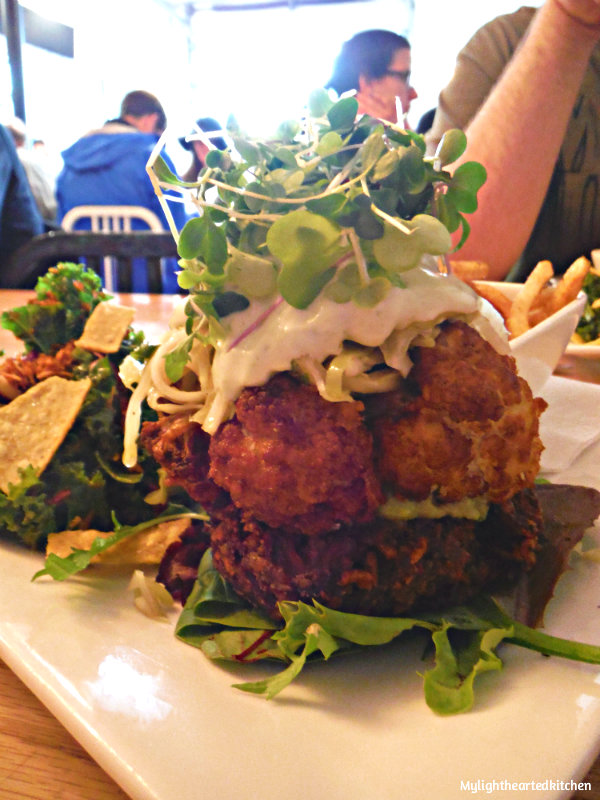 Now this was spectacular! Walnut burger, guacamole, cauliflower wings, coleslaw and greens! this was really great: tasty, textured, and slightly spicy. The fact that there was no bun was great too because this is clearly enough on it’s own. It’s also a lot more fun! This was served with a kale salad and some fries. I really liked the cauliflower wings: what a great idea! My boyfriend took the Awesome burger. The same walnut burger was served with mushrooms, coleslaw and bbq sauce. 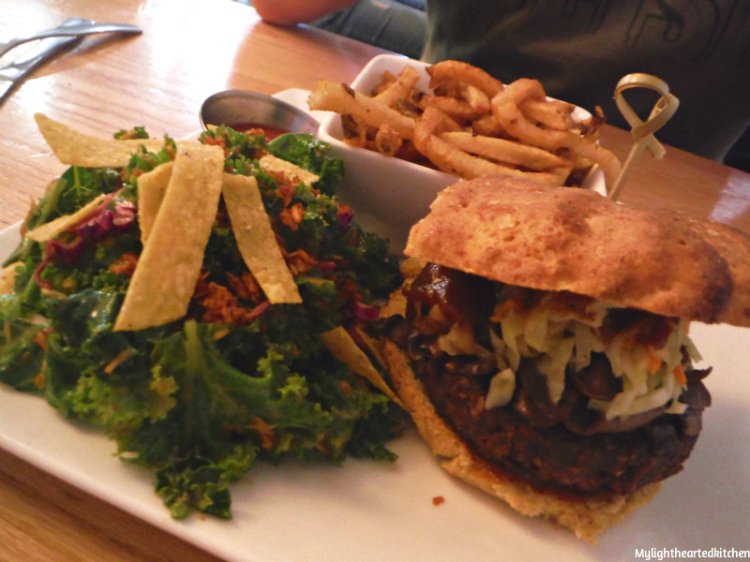 My friend had the Fantastic bowl which was really good! Compared to our burgers, her plate was smaller, but so full of flavours. The tofu was really well seasoned and so tender. Unlike any other bowls I had seen before, this one was served with rice noodles. 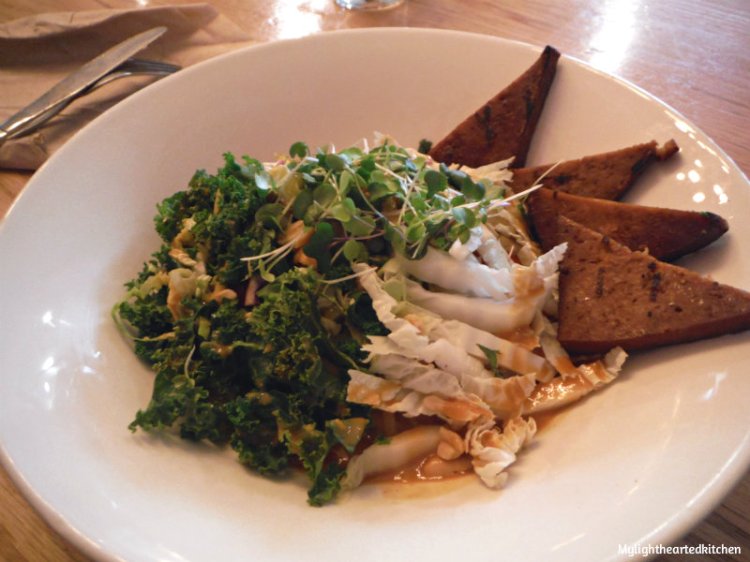 Needless to say, after eating all this we crawled out of the restaurant, hating the idea of food. Except for my friend who was excited about ice cream..! I really like this restaurant: the food was incredible. I have to say that for a Sunday afternoon, it was really packed and noisy however. We also had a very crabby waitress, but considering the jam-packed restaurant, it was understandable. It was actually a little bit funny. Anyways, we all paid around 20$ which is pretty good. I’d probably recommend this place if you are in Ottawa. Plus, it’s right in front of MEC, so you can go browse all the fancy outdoor equipment after eating, and it might make you feel better or make you feel like you are the laziest person who has every walked the earth. On that note, let me know if you tried Pure Kitchen or what’s your favorite vegan restaurant!